Why Millennial Suicides Mean More Than What Meets Our Eyes 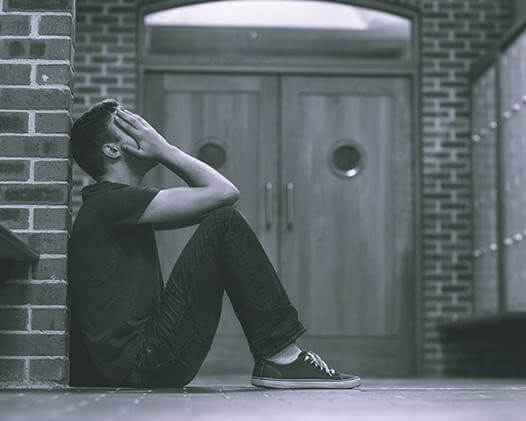 HR from Human Resources to Human Rights and Human Rescue

The 1980s witnessed a great uproar. The citizens of the West stood up in arms against the State’s nuclear progression. They condemned it publicly, loudly and openly. A mass movement grew and cornered the State that was out of genuine reasons for the drive. Nation’s leading political party had to jump the rescue wagon and shriek - shutting down the nuclear initiatives also mean driving thousands of people out of jobs. That did it. The case was upturned; It was good against good now. Not so easy for the public to decide. The agitation subdued.

It is astonishing how mere play of words and facts can turn a losing battle into a winning one. And this is what we have been doing with our millennial workmates. We tagged them spoiled, lazy, entitled and failed individuals at “adulting” and our job was done. We refused to see the excessively pressured, tremendously stretched individuals behind this name cover that we gave them.

Millennial burnout is real. They are dying. FOMO is killing them, literally.

Millennial Existence: A Speck in The Endless Social Sea

Baby Boomers and Gen-Xs who are inclined to see the world with their certainty-tinted glasses are gravely missing the issue. The world millennials are born into is not the same world that they enjoyed. Information technology has expanded, or to speak in better words, exploded it. It has raised the social expectation lines to space. While for most of the baby boomers and Gen-Xs the social circle was limited to known faces, their countable few friends, family and colleagues, for millennials it is friends, friends of friends, family of friends, neighbors, relatives, colleagues, employers (current and prospective), school teachers, college professors, strangers and literally, anybody out there (It could even be someone sitting on the Mars space station or someone in the CIA). They are standing naked 24x7 on the world stage in the blinding social spotlight and their propensity to share and prove themselves better than the others makes them more vulnerable, more exposed than celebrities.

Round and Round in an Un-Winnable Rat Race:

Millennials are being followed, unfollowed, liked, unliked, loved, shamed, bullied, judged every second. And when the world is not judging them they are comparing themselves to its ever-shifting standards. Forever hanging in that fleeting abyss between fame and obscurity. Forever questioning the fairness of the world. This generation is the biggest victim of consumerism; That pal with the coolest new car, friends on the world tour, that health freak with 6 pack abs, the girl with the perfect body, perfect complexion and perfect hair, that nerd with more followers, more likes than you (how the hell he does that), that old classmate who got into Harvard. And hey, that friend who got a new haircut, his profile pic did get many hearts, should you get it too? It’s the whole world out there for them to compare and compete with. And by the time they tweak themselves to its standards, the universe revolves and sets a new standard.

Back in the 1980s or 1990s if you were an average kid, you were tolerated, even celebrated by the close ones. Fine clothing was an occasional affair. Getting a job was an ultimate accomplishment. But a millennial cannot afford to be average. Even those lines of average are constantly shifting up. They have now self-made billionaires in their 30s to compare with: A Mark Zuckerberg, Kylie Jenner or Evan Spiegel. These guys became billionaires before their 30s, while you (the millennial watching on her phone screen) are barely managing without your parents’ support.  Millennials have to be on top of their style 24x7 not just in academics or jobs but health, passion, clothing, relationships and whatnot. Every single day they have to run and win the coolest kid on the block race. They have to follow what’s cool in the consumerism world and in a jiffy be that cool. Is it still a surprise that most of them invest their downtime, school holidays, professional offs in getting their noses, bosoms and cheeks fixed by plastic surgeons?

Burn Out Before Burn Down:

This chaos running at hypersonic speed is crushing everyone in its path. A 2019 study by Catapult Health says workers under 30 are 5 times more likely to contemplate suicide than any other age group.  This means if you are handling a company of 5000 employees, 4 of them are seriously contemplating suicide and are likely to take their plans forward sometime in the near future. What’s more disconcerting is that this trend is growing. A CareerCast 2019 survey says that employees today are more stressed than they were two years ago. A 2018 study by mental health foundation UK said 49% of 18-24-year-olds experience a high level of stress. At the source of which lies constant comparison with others. Centers for Disease Control and Prevention says suicide is the second leading reason of death among millennials. Around 4.8% of millennials were detected with depression. This number among baby boomers is 1.7%. Many millennials suffer from “Errand Paralysis” where simplest tasks such as going to the bank or getting their car fixed can seem impossible and keep piling up.

Our propensity to side-line this important and urgent issue as yet another generational dilemma is costing us. Because we inclined to see and feel the world till our nose’s reach, let’s see how we in our bounded world are paying for it. Other than missed lives, increasing stress levels are making workers quit their jobs. A Gallup survey reported that stress level had led 50% of workers to check out i.e. to stop caring. These “checked-out” employees cost organizations USD 450 to 550 Billion in lost productivity per year. 50% of these respondents said they are seeking another job and 25% said they have already quit their jobs because of excessive stress. A 2017 study by Kronos Incorporated and Future Workplace said 46% of HR leaders concur burnout is responsible for almost 50% of employee turnovers. A typical employee replacement costs 75% of the employee’s annual salary.

These costs are saveable if we devise the right strategies to address the issue. A 2019 Unum survey says that only 16% of HR professionals feel competent in identifying mental illness in employees. Only 25% of HR professionals said their managers are providing the required training. Any investment in training will certainly cover-up its cost by lessening turnovers. Additionally, they can offer:

Be on a lookout for employees who seem overwhelmed or are suddenly underperforming in their jobs.

Dear HRs, millennials are drowning. It is time for you to drape that empathy cape and jump to their rescue!