The Superior man is modest in speech, exceeding in Actions

Their actions need to manifest the call for the already overdue, gender equality at their mahogany offices. 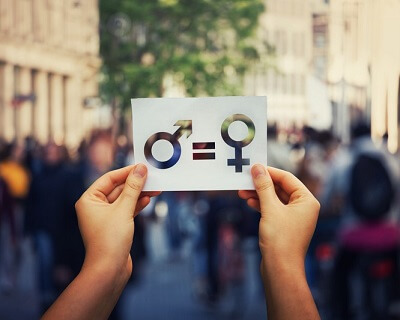 Their actions need to manifest the call for the already overdue, gender equality at their mahogany offices.

The Feminist movement might have caught up with the populace owing to ardent women activists but is yet to bear tangible fruits for the community. It is for this reason, preceded by the inherent, and to some extent, the unreasonable psyche of male executives, that till date women are yet to see a justifiable presentation in the C-suites.

Much Ado, about Everything

While news reports will pinpoint the heartless reality of Silicon Valley, employers who are based out of the region, have no good standing either. Businesses that have large volume cross-border trades to boast for, embarrass themselves with 40% of them having not a single woman at the top level. More startling is the fact that women entrepreneurs employ 35% more professionals than the list of Fortune 500 big-daddies put together. Despite that, only 40% of the enterprises in the US are owned by them. Still, it would not be right to cast blame on just corporates.

As a society we got habituated to seeing female members of the family drudge in the kitchen, do the laundry, feed children and prepare the bed for everyone.

The Need for Change

Defeating Stereotypes. The pre-conceived notions of capability, hinder the growth of egalitarian virtues, due to which we see men earn more than the opposite sex in 99% of the occupations. We have allowed this distinction to permeate the system so deep, that a woman having the same qualification, the same expertise and the same job profile as that of a man, is bound to earn $2 million lesser than the latter, spread over a lifetime.

Why you should be a proponent of the cause

Equality is something that has been taken for a ride. We are able to enjoy the resources that our planet has to offer, only because there is the proportion of equilibrium in nature. To forestall further damage to the fabric of our society, the leadership needs to regulate measures for parity.

After all, Corporates with 25% or more females tend to get 13X more philanthropic donations than otherwise. Choose wisely!