TORMENT TALES: The Art of Nipping Workplace Bullying in the Bud. And keeping it that way 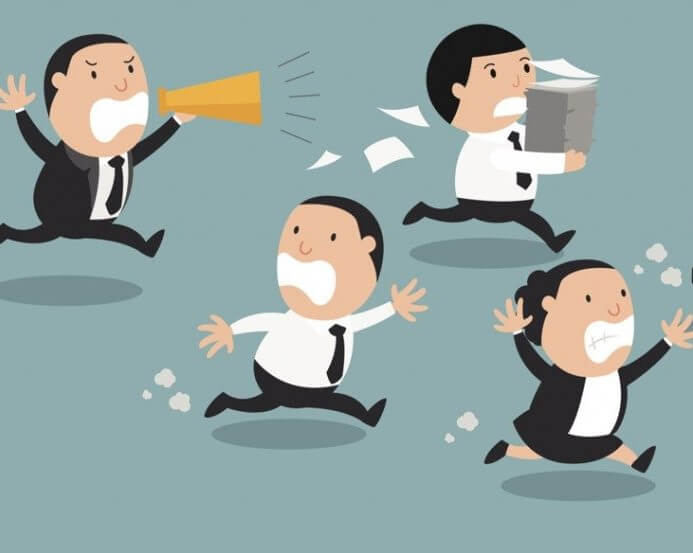 Is workplace bullying real? The consequences and perils

Hayley Stanley was a 57-year-old driver for Gnewt Cargo, a part of Menzies Distribution. As a part of her duties as a logistics driver, she had her hands full most of the time. The job wasn’t easy and was often exacerbated by the fact that she was a ‘gig’ economy worker. Long hours and high degrees of stress came with the turf. However, she persisted, having worked for the company as an outside contractor since 2014.

The most prominent, and the most excruciating part of her workday, however, had nothing to do with traffic snarls or a vehicle breakdown. The relationship with her employer was a strained one, with quite a large dose of hostility thrown in the mix. Things finally came to an end when she was relieved of her duties recently. She sued Gnewt Cargo and filed for discrimination and unfair dismissal. Companies in the ‘gig’ economy, according to her, do whatever they want while workers get no protections. The company claimed she damaged the bay doors of a warehouse, which was captured on CCTV cameras. The crux of her allegations, however, pointed to a much darker and deep-rooted phenomenon.

Hayley was a victim of workplace bullying, a phenomenon that is far more common than what you might think. Being a transgender employee, she faced repeated taunts by her coworkers, being called “geezer mate” and “bloke”, and when she escalated the matter it was laughed off by, of all people, her supervisor, and the management.  Hayley is not alone, and if the statistics are anything to go by then she actually is a part of the majority of the workforce out there today.

THE STATISTICS THAT ARE TO GO BY

We’ll get to that in a moment. Firstly, the classifications – it’s important to keep in mind that discriminatory behavior and subtle jibes and taunts that do not correlate to performance metrics and duties also comprise workplace bullying. If these are compiled, then a staggering 96% of American employees have experienced bullying in the workplace. More than half (54%) of American workers have been bullied for more than 5 years, 62% of workers viewed sabotaging of their colleague’s work or reputation as the most widespread form of this phenomenon. 4% of workers have actually been physically intimidated, 52% reported psychological intimidation that they suffered as workplace bullying. In surprising twist women, at 53% of the workforce, are more likely to be bullies than men who stand at 47%.

Probably stating the obvious, but workplace bullying is often one of the earliest indicators of a toxic workplace taking shape. In 80% of reported cases, the phenomenon has had a negative impact on 5 or more workers for every worker reported as a bully. The insidious nature of the act ensures that it usually goes unreported in a majority of the cases. This is coupled with the employee turnover rates which it usually harbingers. The average loss of wages due to productive hours lost stacks up at a staggering $8,800, and that is just the target. Most other employees around also bear the brunt of a toxic workplace atmosphere, resulting of course, in a massive drop in productivity. Less than 33% of the American workforce actually feel engaged at work.

DOWN TO THE BRASS TACKS

“Know Your Enemy, and Know Yourself…..”

The greatest military strategist of them may not have had to deal with this corporate bane, but he sure lit the path for HR leaders today. Identifying workplace bullying is important, and begins with defining what exactly comprises workplace bullying behavior. Here’s what to look out for:

Workplace bullying, in possibly the broadest definition of the term, can be defined as the repeated health or psychological harming, mistreatment of one or more workers, usually called targets, by one or more perpetrators – the bullies in this case.

Some of the key identifiers of workplace bullying include:

Workplace bullying is systemic and sustained, not a one-off incident, making it a herculean task for a lateral department like Human Resources to put a tab on. However, knowing the enemy is critical, and there are several steps that human resources departments can take, some of which may be fairly obvious, but are important to implement nonetheless:

These are just some of the basic outlines. With time and adequate initiatives in the right direction, the entire phenomenon can be eradicated and the organization can be immunized.

The need of the hour, however, is immediate action, not just gaining insights. HR leaders all over the world need to move towards a positive and inclusive workplace and cure this widespread menace. If you think there’s time to be staid about it then consider the case of Rhian Collins, the 30–year-old married mother of two children, who was driven to suicide after a contracted period of intense workplace bullying. The nurse at Cefn Coed hospital in Wales was driven to take the extreme step after months of being bullied and sworn at. Do you have sensitive employees at your workplace who are possibly being bullied even as you read this?