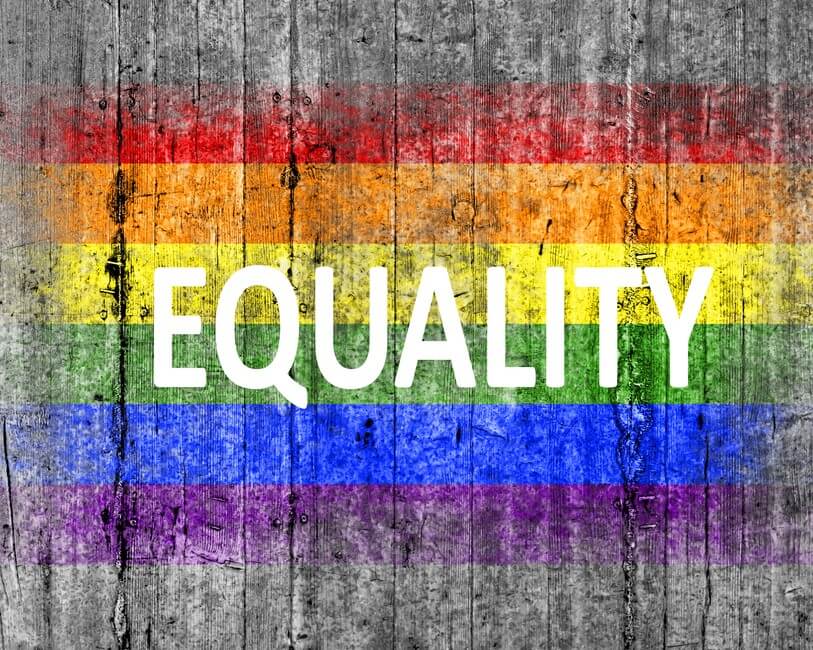 There are miles to go in the fight for Equality

The clock keeps ticking, and with its hand, that swings left & right, so does the meaning of the word, “Equality”. Just as the constitution has made an effort to pronounce in its words, a manner of justice for all, it seems there simply isn’t enough dictation when it comes to this minority. The evangelists who fashion themselves with the tenets of the bible contradict the very famous saying,

Hebrew 12:14 - “Make every effort to live in peace with everyone and to be holy”

This when they blatantly refuse to take other people as a part of their society. Stats like the U.K experiencing 80% surge in similar hate crimes, does paint a dark picture. Part ignorance and part indifference have allowed bigotry to transform into racism, which has further gained ground in the workplace.

Now the question arises, where do we draw the line when it comes to discrimination against sexual orientation?

Unfortunately, even the U.S fails by a great margin to deliver results on this front. People from the community claim that they face hostility from the police while reporting similar acts of injustice. It's imperative as we glide over the situation to at least have a view of the cases that have emerged, getting us to where we are today:

Overall, these are troubling times, but we forget, desperate times, call for desperate measures. Sticking to the U.S alone, out of a random bunch of 100,000 tweets, about 338 voices resonate an anti-transgender sentiment.

Does the Sun Rise Tomorrow?

While there have been previous administrations such as that of President Obama’s, who have vouched for lawful guardianship of employee rights at work, it was not until recently that it got the backing of corporate giants. These included Google, Microsoft, Viacom among others. Moreover, due to repeated stress on the topic, 75% of the U.S companies have introduced non-discrimination policies with regards to gender identity. Of the Fortune 500 companies, only 14% offered domestic partner benefit. The same was 64% in 2015. Of this 64%, 40 percent now offer transgender-inclusive healthcare coverage.

With time, we can expect for things to get to the level where they should be. For as far the present is concerned, LGBT community as a family needs to keep pushing for visibility.