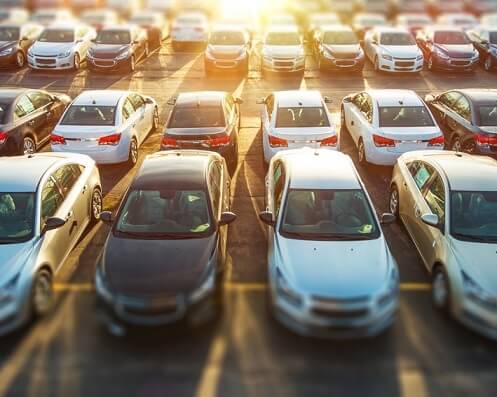 Uber defines 21 categories of sexual misconduct. Is that enough?

The worse of us slyly write it on the dingy walls of murky, rancid public toilets and the better of us are repulsed at the sight of the scribble. Yes, we are talking about the corporate taboo word “Sex”. Mankind might have existed for two hundred thousand years, but, when it comes to talking openly about sex, we prefer to sink in and bury our heads deep under the cloak of diplomacy. We shut our eyelids and drop an ignorance blanket over this rotting wound of repression that plagues many among us. Partially, because of our inability to barricade it in its roots and partially because we are embarrassed about the failure of our kind to contain it. We let the perpetrators strengthen in the shadows. What baffles us is that many “unruly ones” among us aren’t afraid to inappropriately indulge in it as much as we “the civilized ones” are uncomfortable talking about it. This humility-disguised mortified silence serves as a perfect camouflage for offenders. But we have learned to live with it, silence has always been comforting for dozing souls. In our sleep, we have been chanting our motto wholeheartedly for a while ¾ Better to live with painful lies than to suffer from uncomfortable truths.

Then comes a day when a stray ray of outspoken rebel sunshine dawns upon the dark alleys revealing all the rot and dirt. We fret and try with all our might to conceal our wasted cryptic corners.  After all, they are ours. Somewhere in the remote corners of our heads we have known them and decided to let them be. If they come out in the open what story will they tell about us? That person who looks like us but is nothing like us. That rapist, we can be nothing like him but he has been lingering around for a while. Too uncomfortable to address. A better act that he doesn’t exist. Sweep his name under the rug. Probably him too.

But some of us are not like most of us. They are braver and they call the shots like Uber’s Susan Fowler and those who exposed themselves in the #MeToo movement. They opened a can of worms and fixated a spotlight on the wriggling, squirming truths. We have begun to see them and now this creepy crawlies can be seen everywhere.

While we are at it, we cannot miss the chief of corporate sexual offenses. Here’s what Uber has been doing:

Ex-Uber engineer Susan J Fowler openly accused Uber of promoting “systematic sexism” under the veils of a boorish corporate culture. Uber’s insidious culture is not limited to the four walls of its offices but extends to its drivers too. In the past 4 years, 103 Uber drivers in the US have been accused of sexual abuse and harassment. More than 31 are convicted. Dozens of cases are still pending. In 2017, a Kansas City woman sued Uber after she was raped by an Uber driver. Apparently, the company that had seemed to employ the driver without adequate background checks, posted no information about the driver’s criminal history. The tumult wasn’t enough to wait for cab giant from its deep slumber. Here’s what another passenger wrote:

“My driver was very fast and aggressive in traffic, and I complained to him about it. He didn’t say anything back, but I could tell he was really angry the whole ride. At the end of the ride, he said that I lived in a nice house and that if I didn’t give him 5 stars, I could get raped tonight.”

But truth tends to ooze out. In 2017, another woman who was raped by an Uber driver in India filed a lawsuit against the company. Too self- assured of their prior successes, this time Uber’s uber-smart advocates messed up. Top executives in Uber, including its CEO Travis Kalanick, accessed and tweaked the lady’s medical records. Travis was later relieved from his position.

Uber, however, is not alone.

When AJ Vandermeyden, a woman engineer at Tesla complained above pervasive harassment in the company, she was responded with “We are focused on making cars. We don’t have time to deal with all this other stuff.” Tesla’s employees refer to a few parts of the factory as “predator zones” where being catcalled is another shade of the usual.

Google’s Andy Rubin was showed the company’s door after confirmed sexual misconduct accusations on him. However, he also received a handsome package, a supportive message from Larry Page and a warm goodbye while leaving. Google’s former head of search, Amit Singhal too was accused of sexual misconduct.

Debra Katz, partner with Washington, D.C.-based Katz, Marshall & Banks says in most of these cases the HR is a cog in the organization’s insidious culture wheel and is powerless to act. Companies increasingly give leverage to high performers and high-income producers.  Nicholas St. Fleur says 40% of women either leave the tech industry or never join it. When asked they have responded with “It is the environment, stupid…The old-boys club.”

But this time many of us decided that we have had enough.  Uber lost its license revoked in London when it said: “it was under no obligation to report allegations of rider or driver sexual harassment, violence, or other crimes to the police”. The company had to change its policy in September 2018.

Where Do We Draw a Line?

An inadvertent touch here, an innocuous misunderstood remark there and then there are those harmless awkward ones with a foot in mouth syndrome. Where do you draw the line between what constitutes as deliberate harassment and what doesn’t? Defining these can establish a line between criminal and non-criminal offenses.

Sexual harassments and assaults are underreported. Lack of defined definitions and methodology add to this problem. West and Houser say “There is no common definition of criminal sexual assault across the 50 states or in federal crime statistics, and there is no shared understanding of misconduct that may not be criminal in nature…These challenges create a landscape in which the limited information that is reported out provides only an incomplete and fragmented understanding of the true scope and scale of sexual violence.”

Defining a problem is the first step to addressing it. Over 50 states in the US do not have a shared understanding of criminal and non-criminal sexual offenses.

Uber, in consultation with the National Sexual Violence Resource Center (NSVRC) and the Urban Institute, has unveiled a taxonomy of inappropriate sexual conducts. This includes a list of 21 misconducts and assaults ranging from leering to rape. Uber has said that this taxonomy will help it categorize the cases and hence prevent their further escalation. Public outcry has made Uber, Google and Facebook to revoke their arbitration policy and their sexual misconduct and assault cases can now be heard in court.

A Praise for Better Beginnings:

#MeToo birthed Purple Campaign, a young non-profit committed to erase sexual harassment at workplaces. Uber, Airbnb, Amazon, Expedia and a number of other reputed employers have partnered with it to improve their work conditions. Uber, for the first time, is taking accounts from both its riders and drivers on sexual misconducts. The company has also added a panic button in its cabs that will help riders directly contact 911. More can be done. It can buttress its safety promise by introducing “panic buttons in cars, tamper-proof video cameras in cars, better background checks and interviews before hiring drivers.

Change begins from within. It is time Uber and other employers introspect on the kind of culture they are building and nurturing. And while we mean profits with businesses, we need to see the flaws and benefits in a holistic picture. An article by Harvard Business Review says “It’s better to avoid a toxic employee than hire a superstar.” Hiring brilliant jerks come at a cost of - USD 12,500 to be precise. This cost can escalate to USD 50,000 if litigation arises. Added to it is the cost of employee attrition (employees working with toxic workers have higher attrition and a higher chance of getting fired for misconduct.)

Data gives insight into accountability. While we talk about data-driven decision making, why not use it for crucial cases like this? Isn’t it time that we find the method in this madness that has been prevailing for more than its due?