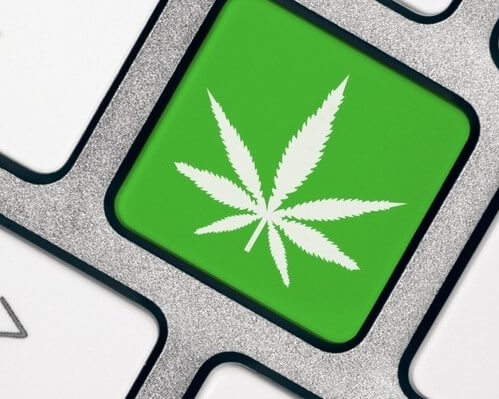 It was a usual day of work at Ardagh Glass, with machinery working and forklift strolling the space. Daniel Cotto, an otherwise well-meaning employee bumped his head against a forklift. Sounds familiar? We all have had our clumsy days when we topple, slip and skid out of the blue. However, Ardagh Glass did not take the hit very kindly and asked Cotto to undergo a drug test. Cotto was not pleased about the company’s decision and refused to go under the test. Guess, he figured that the test results will not be in his favor. He was consuming medical marijuana for his neck and back pain from previous injuries. Not the most alert fellow out there, it seems.

The company decided to enforce a suspension till Cotto, falls in line and says yes for a test. So, like any aware employee, Cotto decides to sue the company as he thought his suspension was a direct neglect of the New Jersey Compassionate Use Medical Marijuana Act or CUMMA. Yes, you heard it right and it’s not just New Jersey, who is ready to turn a blind eye, if not a welcome hug towards medical marijuana. There are 28 other jurisdictions that permit the use of medical marijuana. 5 provinces out of this lot; Colorado, Alaska, Oregon, District of Columbia and Washington have moved forward to legalize the recreational use of Marijuana (so much for sobriety).

But then there is the Federal Umbrella!

Before you put all your compulsory drug test schedules and zero tolerance for drugs policies down the shredder, can we interest you in the verdict of the Cotto vs. Ardagh Glass case? The court upheld the decision of the company for a drug test and a termination if the person is found positive on Marijuana. But, wasn’t this all about how medical marijuana is getting legal by the day. Well, the states have their ways of thinking. There are people who, in all earnest need a prescription of marijuana to alleviate pain. There are people who are disabled and as an employer, you cannot possibly fire someone over the medicines they take. And the medicine in discussion here is marijuana. So, you cannot terminate them by this logic, fair and square, right?

States have said yes to medical marijuana (and at times to a recreational one too). However, intake and possession of marijuana is still a Federal offense. So, when Ardagh decided to suspend Cotto, they were not going against the law. Your employee has a medical card for the use of marijuana, but what do we know! Marijuana is not legal in the eyes of the Federal policy. Now, this is a game changer as the employers have no standing obligation to not to fire employees for the use of marijuana, even the medical variant.

Termination! But Employee is Sober in Office

An employer can fire a person on the grounds of consuming medical marijuana, but the question lies will you? Picture this, you have an employee, who has a medical marijuana card and never turns up at the work impaired or even under its influence. The person cannot be a possible hazard at the workplace neither you have any questions regarding the integrity. How fair will it be to let this employee go because he tested positive for marijuana in the drug test?

Now, there is a little thing called the THC, a psychoactive chemical in all the cannabis variety. This little fellow stays in your bloodstream long after the high is gone, say for a span of days or a week. So, the employee turns up sober for work, you test and he fails to score a negative. The next thing you know is that he is collecting his office stationery in a small box, ready to leave. If you believe Tamar Todd, the Legal Director for the Drug Policy Alliance “It’s the equivalent of firing somebody who drank a glass of wine on Friday evening and then came to work on Monday.”

The workplace is going under transformation, states are growing comfortable with the idea of marijuana written in prescription along with the other drugs. Ohio joined the brigade recently to legalize certain aspects of marijuana. As an employer, you need to revisit and amend certain sections of no drug policy. It goes without saying that no amount of relaxation from the law will allow the employees to smoke pot or vape during the office hours. Employees still cannot start a day at the office while they are riding high on the marijuana horse.

However, there are cases when you have a quadriplegic employee, who needs marijuana for medical purposes and holds a medical card. Take the example of the Coats vs. Dish Network LLP. Where the company terminated a quadriplegic with a medical card for marijuana because he tested positive for the drug. The person never turned up in office under its influence. The case is from Colorado, the state with a rather liberal stance in favor of medical marijuana. The trial court and the court of appeals upheld the decision, as the employee did not lose his job over a “Lawful Activity” in office hours. Now, as an employer, you have every right to terminate an employee as it is a Federal offense even if the state permits it. The question is, will you?

More states are accepting medical marijuana in their legal good books, but how far are we with its acceptance in corporate culture? Marijuana use and possession is a Federal offense. But, what happens if the states recognize medical marijuana as a sovereign right, as it then supersedes the federal policies? If companies allow medical marijuana as offsite or off duty provision under valid prescription, do we require a minimum required time after consumption to ensure that the employee is sober at a workplace? Why ban marijuana use and what are the safety issues we should keep in mind? Tell us about your opinions on these questions and do share your experience with workplace marijuana. We will love to hear from you.