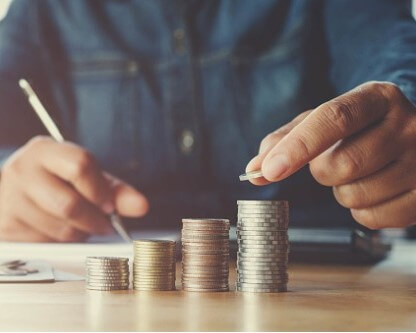 Amazon raises wages amidst mounting political pressure, but is it enough and what ripples do we expect?

Imagine walking through aisles and warehouses as big as “10 soccer pitches”. Relentless workers (sorry associates) walking to the extent of 24 kilometers through the day to fulfill every order or whim of the customer. Breaks are a luxury and employees are hard pressed for leaves. No, I am not getting inspired from a Charles Dickens novel here. This is what James Bloodworth saw during his days of working as an undercover employee at one of Amazon’s Britain warehouses. Now, we all have heard the story about Amazon’s not-so-perfect work conditions of late and Washington has taken a good note of the fact.

One in three of Amazon warehouse employees has to go for food stamps and sign up for state-sponsored welfare schemes. Looks like Amazon employees have it all - poor working conditions, a pitiable pay package that is lower than the minimum wage, absent concept of leaves and breaks. To add more, the workers at Amazon are ‘associates’ who are never fired, but ‘relieved’. This is how Amazon promise looks like for its warehouse people and the wage is a big red sore. Thankfully, Washington took cognizance of it and Bernie Sanders and Ro Khanna came up with their “Bezos Act”.

Going by Sanders, the legislation gives companies like Amazon a choice, — “Pay workers a living wage or pay for the public assistance programs their low-wage employees are forced to depend upon”. The legislature intends to tax companies 100% for every food stamp or welfare the underpaid employees' avail. Two worth noting facts about Sanders – first, he is targeting Amazon for a while regarding the poor work conditions and second he has aggressive interest in the media.

There are times when the spotlight grows a little bit itchy, with all the intensity and glares. In the weeks that coincided with this new “Bezos Act”, Amazon was put into another politically tough spot when President Donald Trump lashed out in a tweet saying, Amazon pays almost no local and state taxes and treats US Mail as its very own ‘Delivery Boy’.

Then came the wage hike!

With the political pressure and all the wrong attention that Amazon was getting of late, Bezos decided to announce the new wage of $15 per hour for its worker bees. The result – a pat on the back and a PR exercise without any branding efforts. Amazon has 27 warehouses across states. So, the hike is not just about the labor intense coastal regions, but mid-America, where this wage is almost good as a full-bodied wine. So, smaller players (that is almost every retailer and marketplace) have to up their game by quite a few notches. Stacy Zapar, founder Talent Agency, says, “it will be a tough time for the retailers to recruit seasonal labor. The market is tight with one of the lowest unemployment numbers.” Amazon opens its hiring boom in November with the revised $15 per hour wage for full-timers, part-timers and seasonal associates. Now, imagine the CVs that will drop in at Amazon.

Are wages the only problem?

However, at first glance, the move makes you feel that this is some rushed damage control exercise. The number of people queuing for an Amazon warehouse gig after the announced hike, makes it look that there were some calculations going behind the scenes. But, if you look at the ground story or more precisely the warehouse story, it feels like a damage control even here. A worker at San Bernardino warehouse said that the meager 40 cents boost in his wage was the first one he got in his four years with Amazon. Now, that cannot be enough, right? Well, the halfhearted forced clap at the all-hands meeting that the HR called to announce the raise shouted in a similar nerve. For the workers, it was just a damage control and not enough.

It has been some time since the raise. Assuming you order online, does the delivery person from Amazon, look any happier to you? Of course, a 3% hike in the last four years would not make you hop, skip and jump in joy.

Workplace safety is at the best given a mocking jeer in many of the warehouses. Take the case of a worker, who later injured her back while counting packages. She was using tote bin to do her work as the usual the brush guard was missing. So, the management gave her a heating pad and said goodbye to her till she was fighting fit again – and the days she missed at work were unpaid. National Council for Occupational Safety and Health crowned Amazon by listing the company in its “Dirty Dozen” aka one of the most dangerous places to work in the United States. While we are talking about back injuries, Amazon has them in plenty. And the company deals with them by telling the workers that they are too young to get a back injury and fires them (the employee, in this case, filed a lawsuit). In certain cases, they withheld or refused to disclose the workplace-injury compensation papers.

Now, the wage hike at Amazon has the huge potential of taking the attention off from the various other issues (some of them are mentioned above). Almost everyone, including Sanders, is patting Jeff Bezos’s back. With no minimum wage regulations, it is still uncertain, how its workers are making their ends meet. But, it’s not just the workers, who run a chance of still being miserable. Retail outlets too might end up facing the heat. With 96% employment, Amazon is absorbing most of the seasonal and full-time labor at a higher price tag (read wages). There will be a shortfall of the salesperson on the floor. Now, won’t you better order online than standing at that long waiting queue?

It is quite juxtaposed, as Sanders had rightly put - Jeff Bezos is the richest man and the workers at Amazon are struggling to make the ends meet. A wage hike can put up bandages on Amazon’s reputation as an employer, but for how long? A rather sustainable approach would be to build a better workplace and have safety protocols. Maybe even organize a compulsory training focused on safety. The power lies in the hands of the Amazon’s Talent Management team how they make it possible and economical. However, it is all up for speculations that how effective the wage hike was. Do you think the hike is the only change Amazon needs to make as of now? What should be the focus henceforth and for the long term?