The Avant Garde Engage to Retain

Work as a Never-Ending Process. *Terms and Conditions Apply 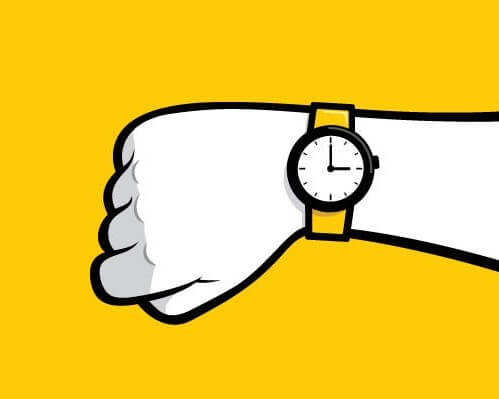 Time is a commodity with its end stationed at infinity. Where is work adjusted in a limited human life continuum?

Work is shrouded in eternity. Like time. The life’s capitalization of duality in the existential personal and professional dimensions is quite unaware of the corporate work’s non-duality. Work is a curious case of distinction being there but not division. Personal and professional lives have become human constructs – the products of mind which seek to understand the sense of work separateness by experiencing dualism.

But even after you have become an isolated system of sorts and don’t allow work to pass through the fortifications that you have created around, you find yourself replying to that random office email, message, or phone call. You are again an open system. Quite an exuberant antithesis to personal dimension of life. A personal territory isn’t a sphere barricaded by a do-not-cross-the-area tape.

Working Time: How it Works

Working time is country-dependent and cultural-contingent. Workweek structure in the Christian world revolves around Christian Sabbath and Sunday is the leisure day while Muslim world offers Friday as a religious observance day (A holiday) besides Sunday.

What it seems like: Working hours have been steadily decreasing due to efficient technological advancements in information technology, robotics, and mechanization and increased participation of women in the workforce.

What it actually is: It’s another amazing paradox- how far we advance in automation which proselytizes that they are here to make our lives easier and work-time shorter, we are working more than any time in the history of work. Even more than the earliest Neanderthals.

Working Time against the March of Economy

Let’s see how the world fares in the number of working hours.

France clocks in quite a less number of working hours. But a new legislation in order since last year presided over by ex-president Francoise Hollande has brought in a major restructuring of overtime and pay models.

Another issue to be looked into is- overtime leading to unemployment and sluggish economy by way of employing and paying the same professionals while the rest who don’t have jobs suffer. France was torn apart by massive upheavals on the front of unemployment and stagnant growth and gave the president a lot of negative media and public backlash.

We try comparing different economies with the different number of working hours.

Japan is suffering from ‘death by overwork’ a phenomenon they call ‘Karoshi’. It isn’t mythical or based on rumors that a record number of people in Japan are starved, stressed, and die in loneliness until they are discovered by a foul stench that emanates from decomposed bodies- giving rise to an alternate and flourishing industry specializing in the sanitization of such apartments the bodies are being recovered from!

It’s another business case about how France’s economy is pummeled by depreciating circumstances while Japan is a highly market-oriented and fast booming economy.

But social underpinnings of France has not been undermined with sacrosanct rights of work-life balance staying untampered. Another promulgation has given French the right to disconnect after working hours and ignore business emails that arrive.

Canada, like most of the world, faces email epidemic that colonizes lives of professionals. Employees leave office but work doesn’t leave them.

Sweden, on the other hand, is obsessed with work-life balance with only 30 hour week. The Scandinavian nation people are less likely to take their work home on weekends and have extremely high levels of productivity.

Turning to Studies and Expert Advice

Needless to say, compensation arrangement for working overtime are in place and laid down by legal frameworks of different countries. But work-related disorders like musculoskeletal, cardiovascular, and gastrointestinal disorders slowly chip away the energy and productivity of employees along with bringing their morale down as emphasized time and again by leading subject matter experts.

For example, Swedish professionals portray extreme satisfaction and there’s a mutual respect between employees and employers. Productivity, here, is a direct result of the relaxed working hours. But contradictions persist. The US doesn’t support parental leave or statutory annual or paid sick leaves but it isn’t under economic depression. That means productivity is efficient in spite of not-so-relaxed working hours.

Can lofty organizations and their business profits be rocked by shorter working hours?

Newer avenues are opening up. Modern working hours experimentations are infiltrating the inner sanctums of corporate lives like Flextime (Commuting when it’s not rush hour), Telecommuting (Working from home while being a part of an organizational system), and Zero-hour contracts (Work contracts where employers only pay for the numbers of hours worked).

It’s quite ambiguous to call it in separate black or white when shades are grey. What works for an organization is the best answer for which side of the balance it is on.