Shunning the Pen towards Retirement?

For reasons only evident now, the retirees are retiring from retirement 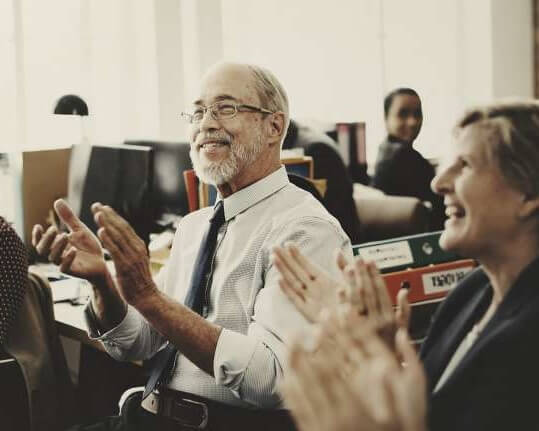 For reasons only evident now, the retirees are retiring from retirement

Growing up in the latter part of the 20th century, had us all paint a stereotyped picture of retirement. Be a One-Company-Man for 40 years only in the end to say adios-amigos to your aging peers. That was then. The 21st century had us all grinding teeth, as it unleashed forces people had long forgotten. With the value of currency ignoring inflation, the savings which the boomers had locked-up in the banks, depreciated in value. As a result, the same savings earnestly worked upon in the last 3 decades, wouldn’t take as much time to exhaust.

World hold on, as this is just the crest of the mountain.

The sudden full-stop to employment has them on the back-foot. A Marketwatch study registered immense fall in the happiness index of such retirees. In 1998, 60.5% of those surveyed, said they were very satisfied after hanging up their boots. In 2012, the figure had plummeted to 48.6%.

For how long can you mow the lawns & plant vegetables?

This along with Travelling have been fathomed to be top of the bucket list. But the mind that made time for these hobbies was looking for a transient respite, only to go back to work. Take away that, and the balance is disturbed. That’s what has transpired.

As per author Suze Orman, the new retirement age should be 70. To play the devil’s advocate, logic is on her side when she argues against health care costs that have eaten into retirement savings. While the employers are eager to rejuvenate their bloodlines with vigor, the old guards are unlikely to be seen much after the threshold age, unless the state laws suggest.

Yet, the glass is half filled for many. Having spent decades in a field enables one to be called an expert. This widens their post-retirement opportunities to become a freelancing consultant. Others, turn to part-time alternatives.

Few of the top reasons why we are seeing the big shift:

Businesses will always need advice on what’s best for the company. considering that, there could be an advisory board that keeps the retirees on, say contractual basis to have their learned opinion. Never the less, this may not turn out to be the case for every company. It seems, that as the workspace is dominated by a relatively younger breed of professionals, the old-wizards would have to have their own backs and by the looks of it, they sure as hell can!