No longer young. Not old yet. The psychology, predicament, and solutions of mid-life crisis for the corporate world. 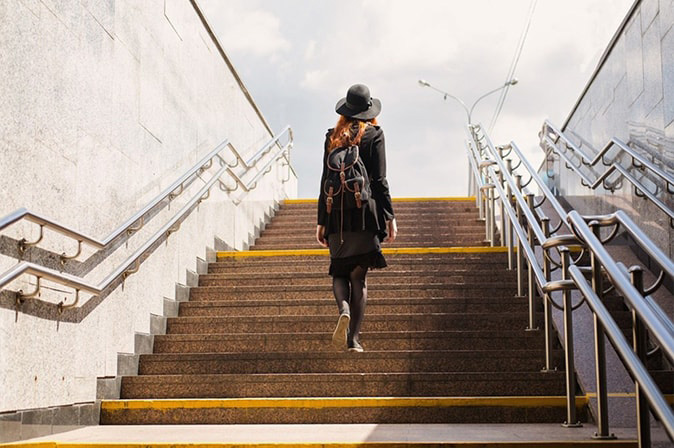 No longer young. Not old yet. The psychology, predicament, and solutions of mid-life crisis for the corporate world.

Mid-life crisis has deep psychological underpinnings arising from the phenomenon where you have reached the deep end of U-curve and can’t fathom where you stand in midst of world crumbling down around you. What is the mid-life crisis in real terms? How can it be resolved? - All this and more in this all-embracing case study

What is Mid-life Crisis? Is it Hype or Reality?

Lingering between a pendulum moving between hype and reality, mid-life crisis is experiential and everyone between the age-group of 45-60 go through it. This is not a figment of one’s imagination and certainly not a fiction.

What Elliot Jaques explained in the article ‘Death and the Midlife Crisis’ he published in the International Journal of Psychoanalysis in 1965, is slapping employees of corporate world hard on the face. Jaques coined the word for the first time to explain the paradoxical parlance of having it all and still being in burgeoning engulfing emptiness inside one’s mind that I have nothing in life, I haven’t been successful or my life has been a complete failure. The suburban vernacular insidiously snowballed into a universal truth about the kind of life middle-aged people are leading today.

The catchall lingual is an exhaustive term for empty nest syndrome, menopause, discontentment, depression, anxiety, and self-questioning behavior. When you are at mid-age, one’s children are all grown up and start out to fly the nest, one’s parents die, and many are seeking a divorce from partners- all this confusion is bewildering. You know you have completed half of your life-cycle on earth and there is a lot that you haven’t done but always wanted to do.

The continuous update of ‘next-big-thing’ that your friends on social media have achieved is another trigger creating a lot of pressure on people making them feel negative about their lives. The celebration of youth in every form of publishing and advertising paraphernalia adds to this sinking feeling.

The effect of mid-life malaise on career

But when they are at rock bottom of U-curve, even employees who have been working with organizations for 10-20 years resign without a warning to look out for a next-best opportunity and a new rush of adrenaline.

What leading researchers say about the imminent catastrophe?

Labeled ‘Longitudinal Evidence for a Midlife Nadir in Human Wellbeing’, the study was a collaboration between the London School of Economics and the University of Warwick which pointed out the utter and bitter naked truth of mid-life crisis.

On the contrary- ‘Up, Not Down: The Age Curve in Happiness from Early Adulthood to Midlife in Two Longitudinal Studies’- a paper published in Developmental Psychology by University of Alberta, mid-life is not any sudden development of all these psychological factors but these start developing over a period of time from early teens and twenties.

Looking at the brighter side of life and preparing mentally for a journey of life which will be knowingly bad is an effective way to get through this phase. The vicious cycle of anxiety, unmet aspirations, and uncompleted tasks has to be broken with arms of accepting it and facing it. Other tangible rejuvenators that can be integrated into daily life is nutritional food, exercise, and a good sleep.

Mid-life career mentoring programs can be one way on part of organizations to improve job satisfaction levels. A counseling session with older colleagues who have passed through this same low-period in their lives and have overcome with their sheer will-power, passion, and zeal is another way- employee- reorientation can be done.

On crutches of new opportunities, life can be again brought under one’s control. Incorporating concepts cherry-picked up from best philosophical schools like Japanese ‘Ikagai’ (Doing what you think is your reason to live) and counting ‘telic’ and ‘atelic’ activities (Completed projects and uncompleted projects in life such as buying a house, getting a job, meeting friends, and walking in a park)

Things can only look up from the nadir of U-curve and you aren’t alone - are the greatest epiphanies for everyone counting their wrinkles.