The Mantras Centre of Learning

Going through the ‘yays’ and ‘nays’ of a To-Do-List 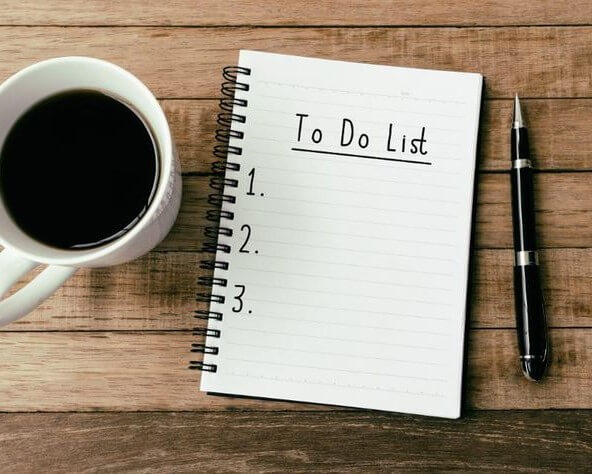 Team lunches are commonplace; fancy silverware clinking and clattering on the select bone china pieces, tempting appetizers and smoking the main course— all mingled with insider humor and scattered, yet intended business talks. Those sharp suits and dresses define, what we call ‘the Business Class’.  Almost a century back, Bluna Zeigarnik, was out on a similar lunch, with her team of fellow psychologists. The restaurant had a busy day and orders poured in a steady flow.  Zeigarnik was impressed with the way the waiter remembered the most complex orders sans a notepad or without a single word in writing. It’s not rare to turn a bit forgetful at times while we enjoy a delectable lunch. Zeigarnik too left some of her belongings at the restaurant. She went back and enquired the same waiter (who had super memory) about it. But, surprisingly, he did not even remember her face, leave alone the order she placed or any article she left behind.

It got Zeigarnik thinking. And being the psychologist she was, she decided to conduct an experiment. She got her control group ready and gave it a task list. Zeigarnik, in order to ensure that some of the tasks were unfinished, prematurely moved the subjects to some other pop-up assignments. Later on, when they were asked, the subjects remembered the unfinished task way more than the finished ones. And that’s Zeigarnik effect for you. The unfinished assignments or tasks are playing on loop at the back of your head as you move on with your day to day work. But, the fact remains that there will be some or the other unfinished business at the end of the day. You, probably will not lose your good night's sleep over it. However, when you start a new day, with a new task, the unfinished business will come again to nag you.

Baumeister and Masicampo took the Zeigarnik effect a step forward to see if those unfinished tasks meddle with the execution of other current tasks. They conducted the experiment in two rounds:

If you are penning down a to-do-list now, or are reaching out for a pen and notepad then you are among the 2/3rd of professionals who make their to-do-lists. Never mind that 41% of these listed tasks never see the light of the day - at least not on the day they are supposed to. Added to it is your creative streak that makes the list an absolute downer. You have a great memory, Zeigarnik effect keeps you on your toes, so you will get the work done. You are a doer and believer in action, you like things to go in your own way and the list dictates your move. You will do things when necessary - like the unfinished garden fencing task that you will do at the perfect moment. But, the perfect moment never arrives and you are not to blame. It, after all, is a monumental and not very exciting task.

David Allen, in his bestselling book “Getting Things Done”, advocates effective filing; the one that frees brain space from Zeigarnik Effect. He suggests writing everything down and then breaking it into actionable tasks that involve simple motor skills.

Just do not Do It!

Feeling freed up already? Maybe not, because the to-do-list, as you see it from here, has too many ‘yes’. Steve Jobs once said, “It’s easy to say yes, but the real value comes from saying no.” So, if your list is all about ‘yes’ then, you really need to revise the way you are creating that list. The list is not about the volume of tasks you can do, but the impact of your work. See, which task ranks the highest in your priority list. Can you achieve all this in a day or a month or ever? If the answer is a ‘no’ or ‘maybe’, then learn to say ‘No’. Removing impossible targets and filling them with viable mission boost productivity. Most productive people will almost never have a to-do-list as it has the tendency of piling. But works pile-up because we never learn to say no. Once that happens, your list and you are good to go. In fact, go creative and have a not-to-do-list!

What’s your take on to-do-lists? How many times did you become overwhelmed by a list? Do you think lists can be the worst thing that can happen to your creativity? Do you have a to-do-list right now? Do drop in your views and feedbacks.