The coronavirus crisis has shaken the world, and US companies are staring at job losses from economic fragilities. Here are some pointers for American corporates to consider 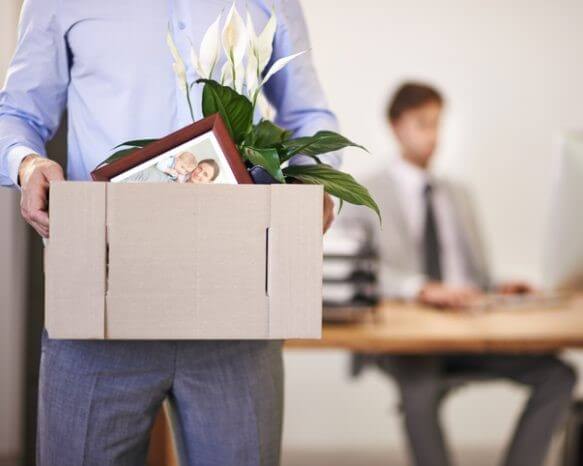 The coronavirus crisis has shaken the world, and US companies are staring at job losses from economic fragilities. Here are some pointers for American corporates to consider.

There can be no doubt, but for the odd naysayer, here it is: COVID-19 is the biggest crisis to hit the world in recent times. The impact on business is telling – product demand is on the downswing and job cuts are on the up. Entire industries have been cut off from their customers, in one fell swoop!

Sample this, from the US:

Research suggests that half the US companies are considering laying off some part of their staff. A total of 47 million jobs could be axed because of the coronavirus crisis. The uncertainty of resuming normal life is the proverbial sword hanging over the necks of businesses, as they grapple with the need for job cuts.

Unemployment claims are going up!

With people losing their jobs left, right, and center, as it were, unemployment claims are set for a historic wave. The US Department of Labor confirmed that just in the week ending April 25, first-time claims for unemployment benefits added up to 3.8 million, with the total in six weeks to that date touching 30.3 million, which represents a huge 18.6% of the US labor force!

The fact that the pace of claims is falling is small comfort. The beginning of every month marks due dates for rent, mortgages, and more, and unemployment benefits are essential to bridging the gap. The number may be getting lower, but the accumulation ensures it stays horrifying.

The number of quarantined people is rising, and Americans are maintaining more than an arm’s length from large gatherings as well as certain kinds of businesses. More than 40 US states have enacted stay-at-home orders, impacting at least 316 million people. Travel bans preceded a national state of emergency, and though the restrictions will be eased at some time, containing the spread of the virus will require business closures and social distancing for a while.

The effect on people cannot be good.

Given the historically high economic inequalities permeating the US, economic fragilities are certain to exacerbate the impact on society. Over a third of US households have lost income since the onset of the pandemic, while 26% of working Americans have had their salaries cut and 36% have had their work hours cut down.

About 22.4 million jobs are estimated to have been added since November 2019, when the US economy got back on its feet after the recession, but the unemployment claims this year have more than wiped them out! A bounceback is certainly no impossibility, but it rests on a mix of coherent planning and well-thought-out government action.

This is a test for businesses.

So what should businesses do? According to a former chief of consumer goods bigwig Unilever, this truly is the biggest test of “responsible capitalism”. The Service Employees International Union (SEIU), a labor union representing nearly two million workers in Canada and the US, recently called on companies to focus on the financial security, health, and safety of their workers, looking beyond just bottom-lines. The typical knee-jerk reaction would be to cut positions in client management and sales, but this could dent capabilities to hit the ground running as fast as possible when the economy begins recovering.

And indeed, companies have responded differently:

How can the government help?

This could in some cases be at odds with the desire of the government to minimize job losses across sectors. Certain companies are in fact in discussions with the government to use assistance from the latter to pay employees. The US Chamber of Commerce has in fact suggested this to be a condition to loans extended to small businesses. Unfortunately, even the Federal Reserve can no longer help companies by using its choice weapon of lower interest rates, heading toward zero as they already are!

The light at the end of the tunnel could come from:

There will be no vaccine for COVID-19 for at least another 12-18 months, and only policy measures can help mitigate this economic situation. People need to pay rent and buy food, and the government must act on a war footing, working with companies to confront this threat.